Suwannee Events Page - NEW!
printable version
The Suwannee River Chamber website now has a separate events page in addition to the home page calendar. To navigate to the new page, look for the Events tab in the orange bar near the top of the screen. Important local and area events such as festivals will be listed near the top of the Events page above the monthly calendar. The calendar is where you can find regular items such as Chamber and Water Board meetings.

This page is a great resource if you need to check on upcoming Suwannee event dates, such as the next Chamber of Commerce meeting which returns Thursday, August 26 at 6 PM, after a one-month summer break.

Posted on 17 Aug 2021
GET READY FOR THE SUWANNEE FIREWORKS CELEBRATION
printable version
Suwannee's annual Fireworks celebration is scheduled for Saturday, July 3, 2021. The fireworks display will be at dark and should be visible from most places in Suwannee, as well as from the water.

Earlier in the evening, at 5 PM, the much-anticipated golf cart parade will leave from the old Suwannee water tower. Parade entrants can begin lining up at 4:15 PM. After paying a small entry fee of $5, each vehicle will be given a number. Please note that cars and motorcycles are not allowed to take part in the parade this year and each vehicle must have a steering wheel (in other words no ATVs with handlebars).

The parade will turn right onto highway 349 and travel a route that covers several roads in Suwannee, ending up at Salt Creek Restaurant where prize-giving takes place at approximately 6 PM.

Don't forget the Reverse Drawing in support of the Fireworks on Saturday, June 26 at 7 PM at Marker 29 on the Salt Creek Restaurant deck! 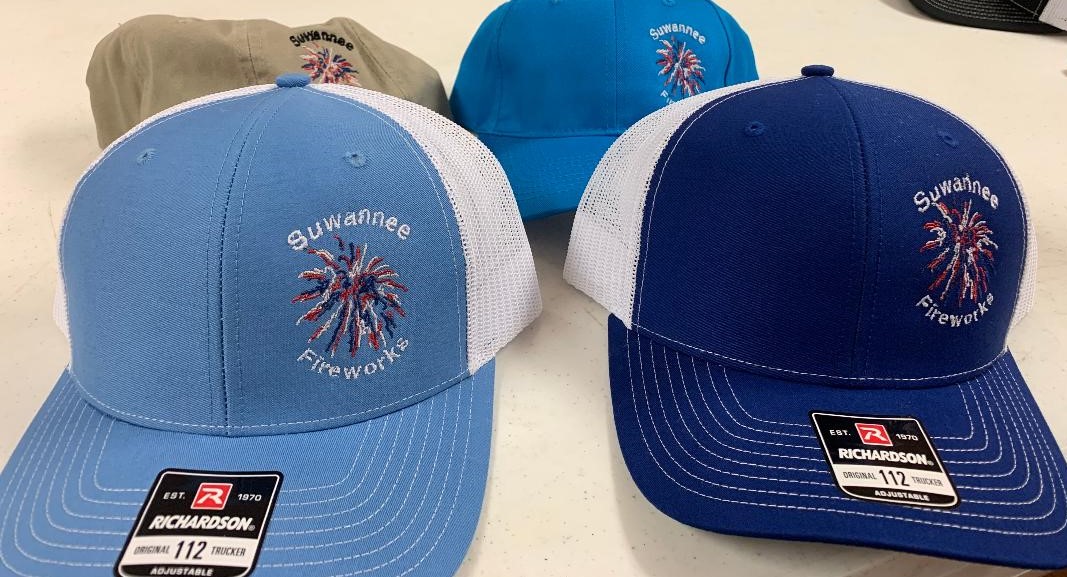 The proceeds from the sale of each hat helps support the annual Suwannee Fireworks, the community's most popular event. Ginger Shealy (pictured at center above) was presented with a plaque of appreciation for her support of the Dixie Education Foundation Tuition Assistance Program by Foundation Treasurer Chris Barber (at right) and President Carol West (at left). The program provides tuition assistance to Dixie graduates pursuing certification in a variety of fields such as welding, law enforcement, electrical, cosmetology, and more. Visit the Foundation website at mydcef.org for information.
Posted on 26 May 2021
Chamber BBQ Competition Results
printable version
The Suwannee River Chamber of Commerce BBQ Cook-Off and dinner, held Saturday, March 27, was a sold out event with over 100 dinners and 26 whole Boston butts sold. 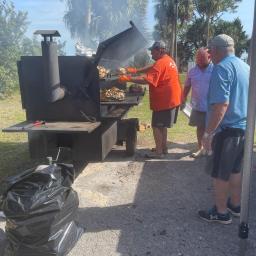 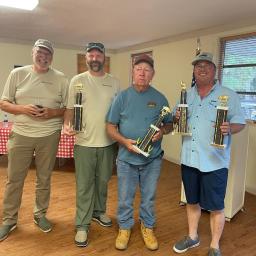 Congratulations to all winners and thanks for your generous donations of your winnings to the Tyler Hunt Benefit. Gun raffle tickets are still available and the drawing will be April 24th at the Cross City Airport Fly-In and Expo (free event with aircraft, food, music, crafts and more).

All proceeds from this event go to support the Suwannee River Chamber Scholarship Fund and other initiatives. A heartfelt thanks to all who volunteered and those who attended. This favorite event is the kick-off fundraiser each year in support of the July fireworks. The annual fireworks, the biggest and best-attended event in Suwannee, is supported throughout the year through fundraising efforts by a dedicated group of volunteers who host events such as the Cook-off. 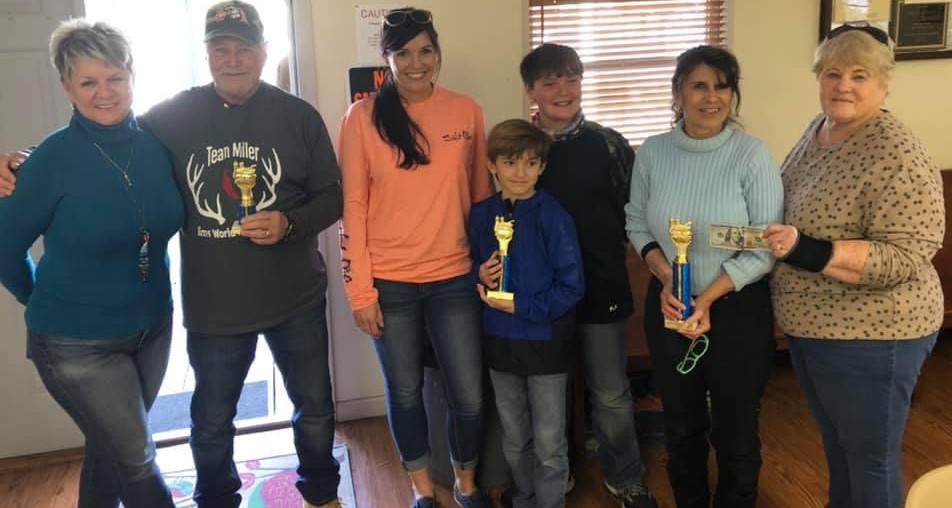 This year's winners were: 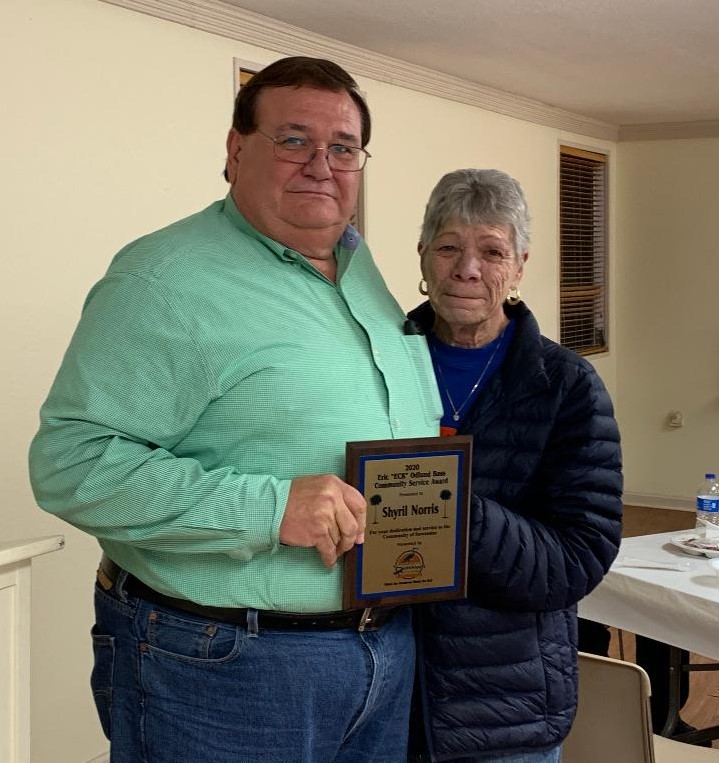 In making the presentation Prince said, "Shyril has worked tirelessly for years with cake auctions, reverse ticket drawings, and chili cooks off to raise funds for the Suwannee fireworks. Her long-term commitment to the Suwannee community is appreciated by all who have worked with her and benefited from her efforts."

Shyril joins a long list of Suwannee residents who have received the prestigious award. Her name has been added to the plaque which hangs in the Suwannee Community Center. Hers is the 22nd name to be displayed. The award was created to honor the years of community service by Eric "Eck" Odlund Bass, who was born on Odlund’s Island near the mouth of the Suwannee River, where her parents had settled around 1910.

Prince also presented a special "President's Award" to Lisa Waltrip for her work with the Chamber. 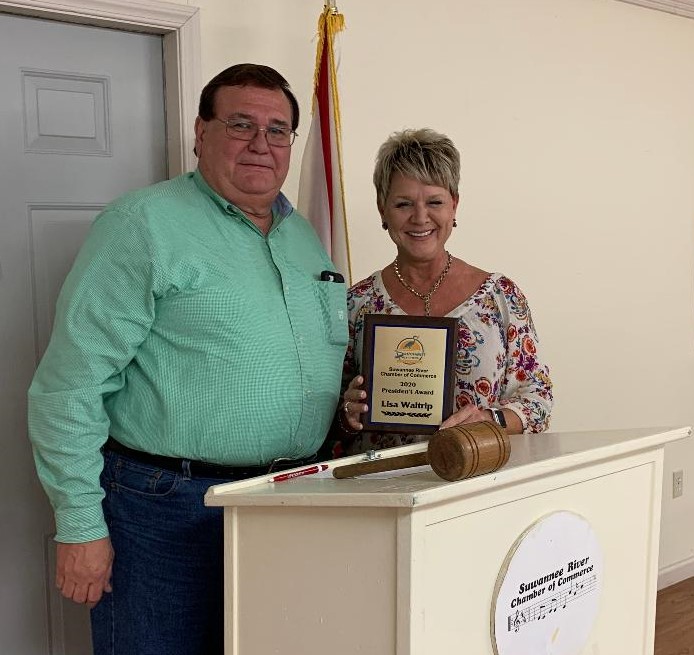 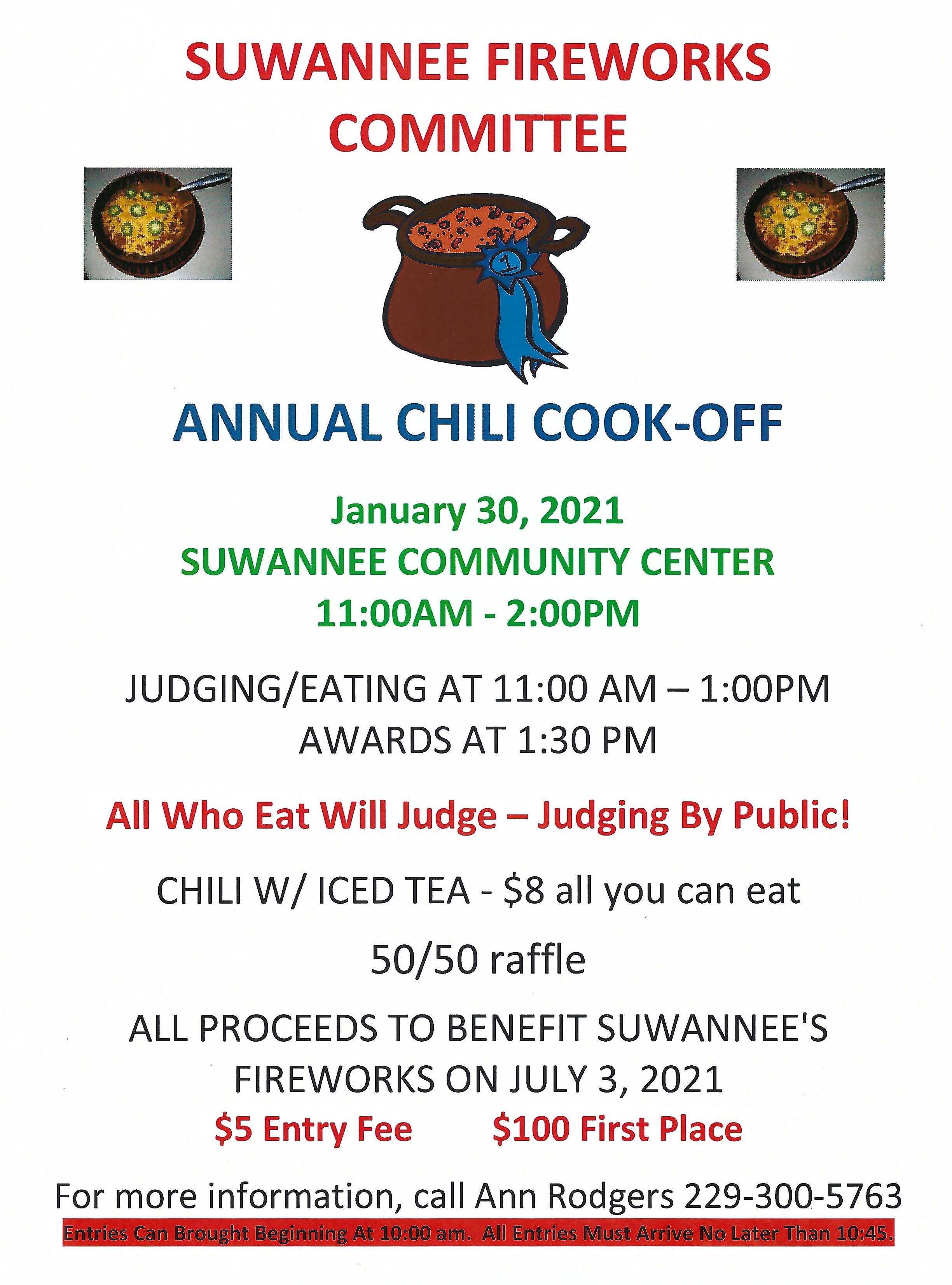 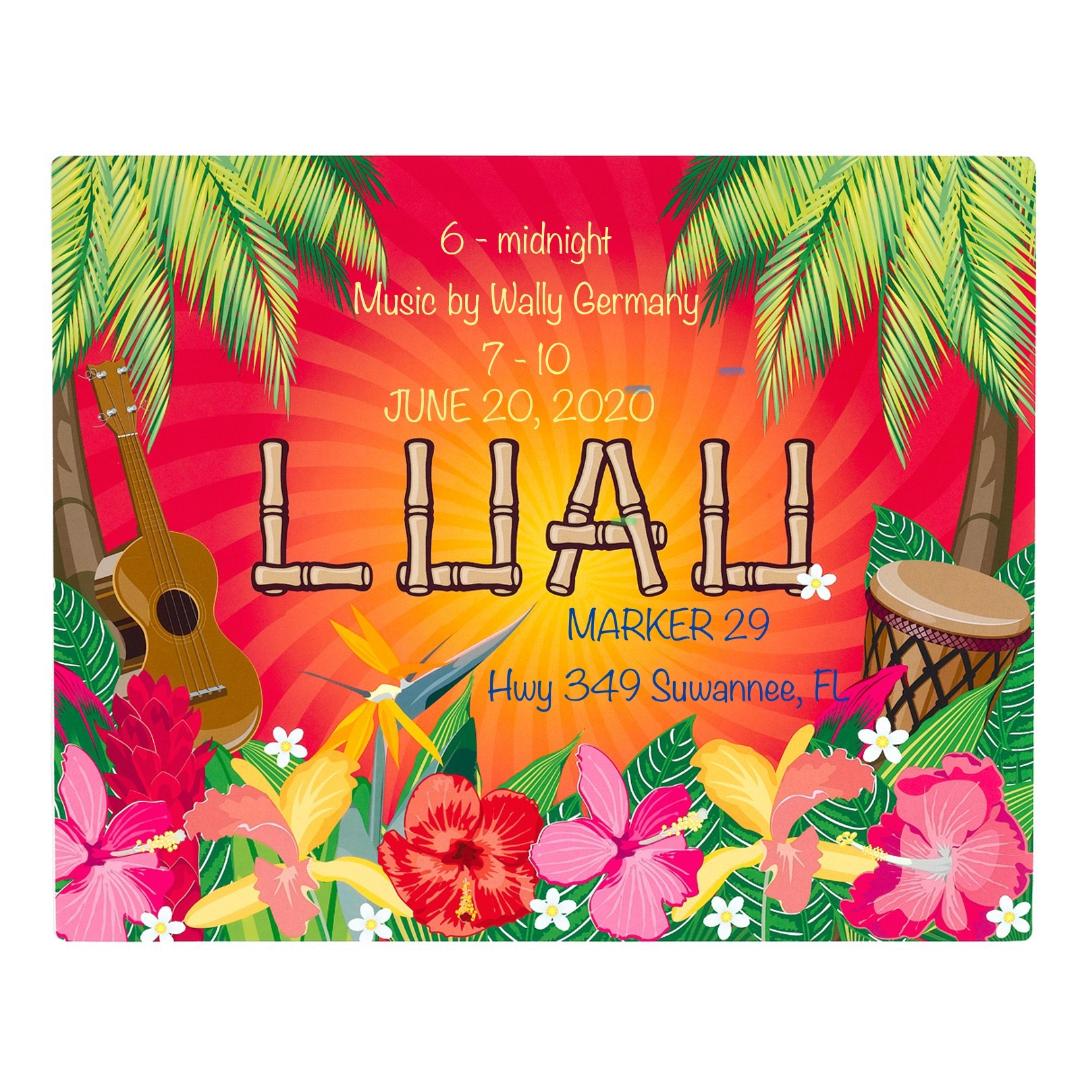 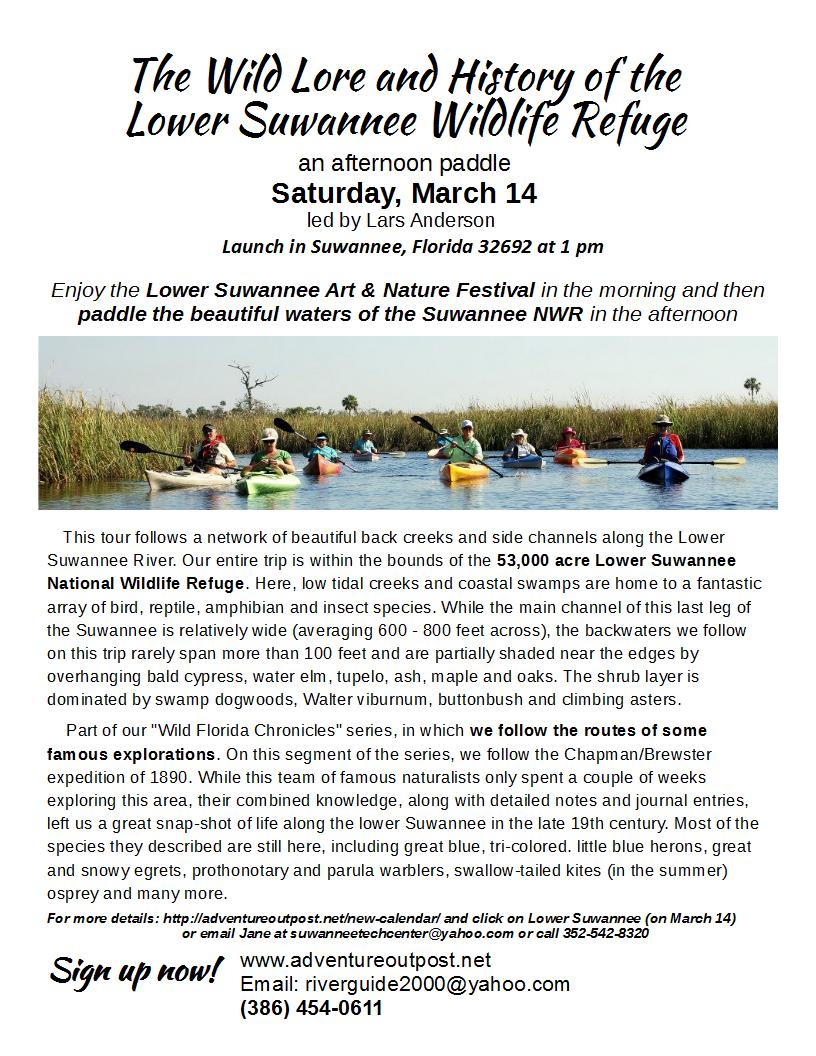 This award, created in remembrance of Eric "Eck" Odlund Bass was first awarded in January 1999. Since then a deserving member of the community has been named nearly every year. In keeping with this annual tradition for this year’s meeting, held Tuesday, January 28, 2020 at the Suwannee Community Center, resident Mary Haufler was named as the recipient of the latest Eric "Eck" Bass Community Service Award. 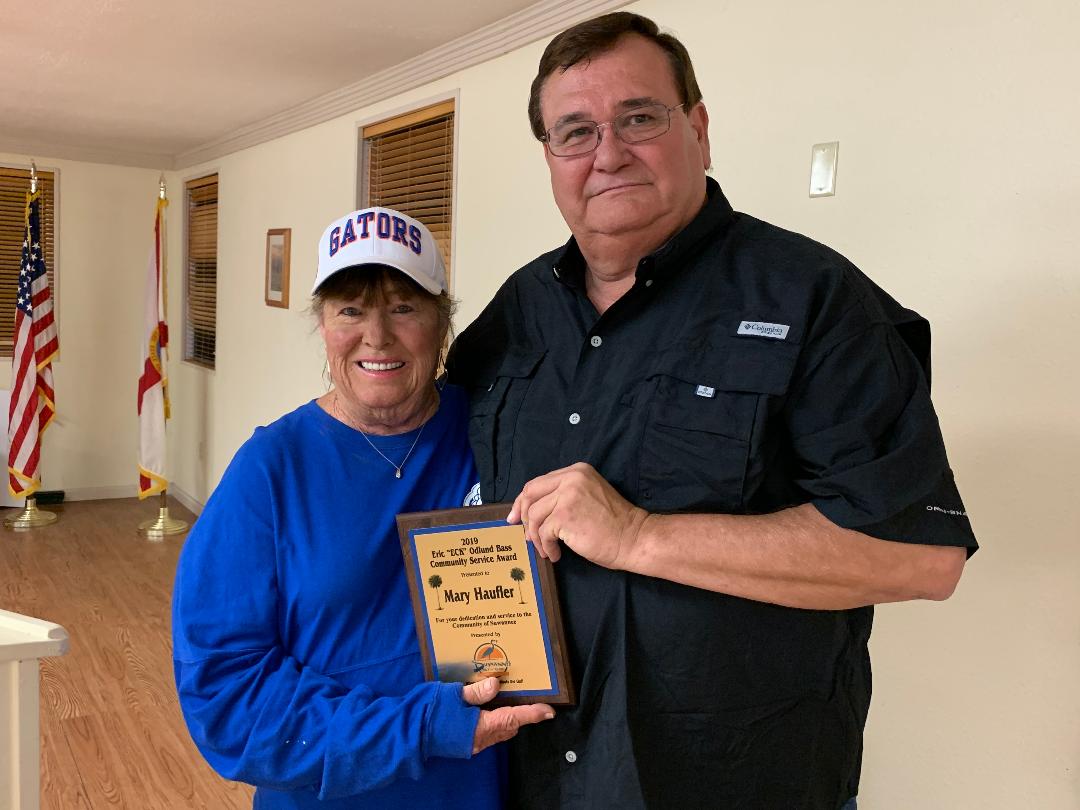 
"The 'Eck’ Bass award is not big on strict, written rules or guidelines, but is instead big on heart," Chamber president Owen Prince said during his opening comments before making the award. He then went on to speak about Eric "Eck" Odlund Bass herself, who was born on Odlund’s Island where her parents had settled around 1910, and the reasons for having a community service award in her name. "She was a true Suwannee native who raised her family here, and served others through her care and concern," he said. He added that she also served as a founding director of the Suwannee Water Board and only retired when her health began to fail, after over thirty years of service on the board.

"Mrs. Eck had one of the 'greenest thumbs’ and always had time to listen to others’ problems," Prince added. "She was a wonderful example of a good citizen, mother and friend. The annual award is given by the Chamber to a Suwannee citizen who exemplifies her example."

In presenting the new award he said, "Mary Haufler is a perfect example of an individual exhibiting the qualities of the Eck Bass award. For years she has been a friend, mother, and confidant to many of the residents and friends of Suwannee. She started and maintains the 'boats’ of plants and flowers that decorate the entrance to town. Mary is truly a friend of Suwannee."

A plaque with the names of each recipient of the award is displayed in the Suwannee Community Center on the inside wall nearest the main entrance. Mary’s name is the 21st to be added. 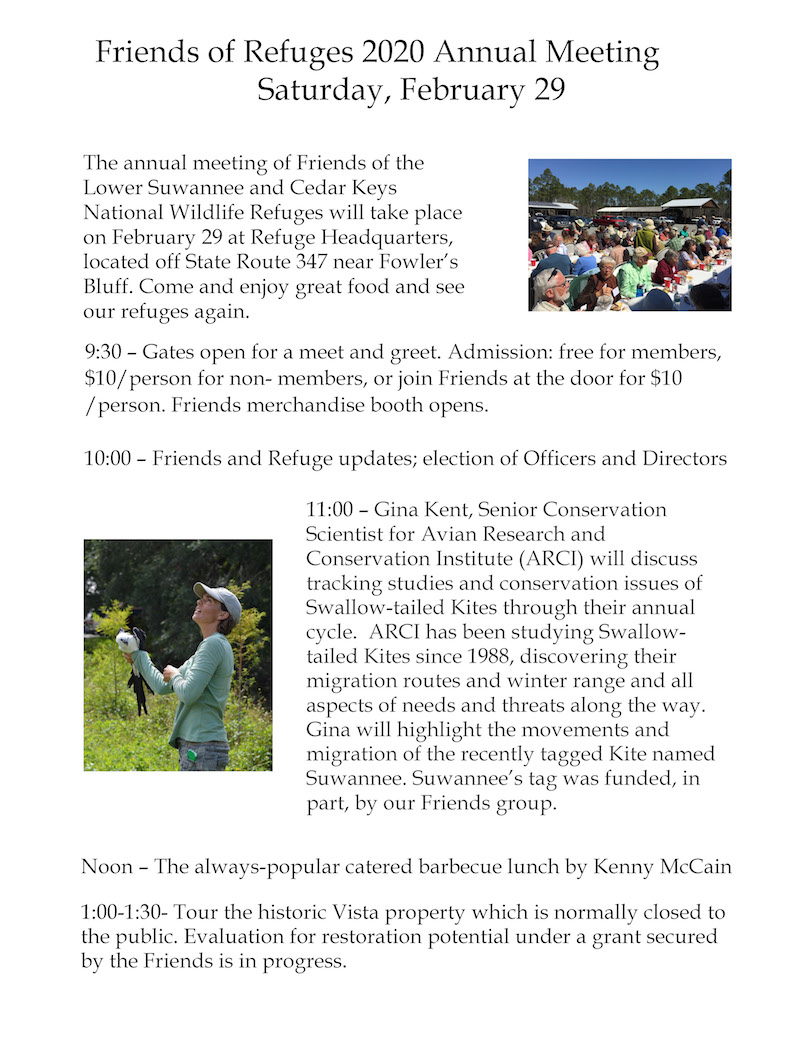 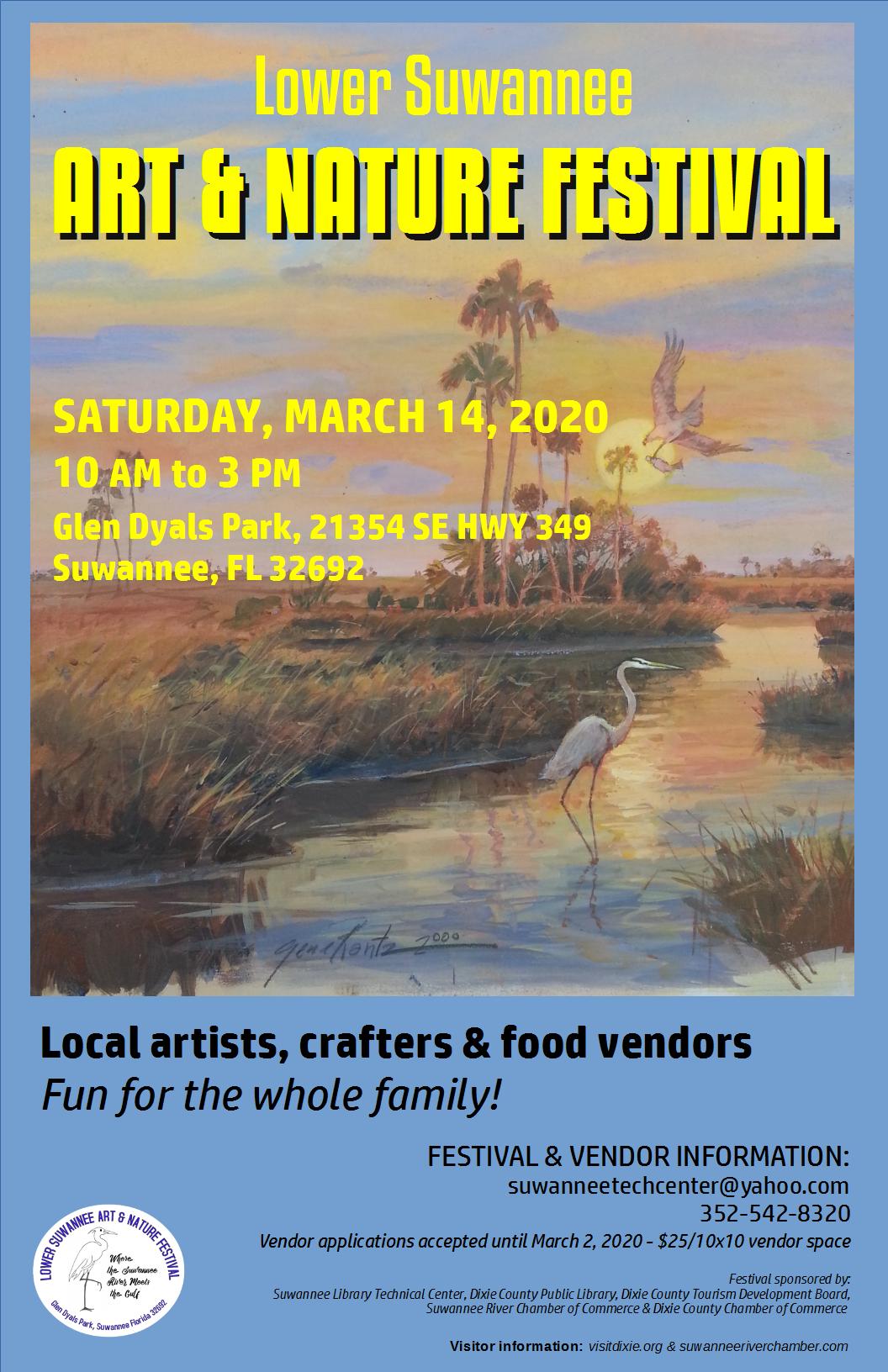 Posted on 16 Jan 2020
MARK YOUR CALENDAR NOW! Chamber Annual Meeting
printable version
The Suwannee River Chamber of Commerce will hold its Annual Meeting and covered dish meal on Tuesday, January 28 at 6 p.m. The meeting will be held at the Suwannee Community Center. Everyone is welcome to attend the event. The annual ECK Bass Award will also be announced during the meeting. Suwannee River Chamber was formed in 1994 and will enter its 26th year in January.
Posted on 04 Dec 2019
Vendors! Sign Up Now for the 2020 Art Festival in Suwannee
printable version
Vendors may now sign up for the Lower Suwannee Art & Nature Festival (previously known as the Suwannee Spring Art Festival) which will take place Saturday, March 14, 2020 from 10-3, Glen Dyals Park, 21354 SE 349 Hwy, Suwannee, FL 32692.

The festival is organized by Suwannee Library Technical Center, part of Dixie County Public Library, and is also supported by a number of local organizations.

We are actively looking for more artists, crafters, nature-based businesses and local food vendors. Non-profit vendors may also apply. Booths are only $25.00 for each 10 x 10 space. Those signing up before December 1, 2019 may choose their space from those remaining on the festival location map, which you can view at Suwannee Library.

Posted on 15 Oct 2019
TRUNK or TREAT CELEBRATION—Lots of fun for all ages!
printable version

Posted on 15 Oct 2019
Spoonbills Sighted North of Suwannee
printable version
Local resident Emily Asbell photographed this group of Roseate Spoonbill in late July. She snapped the shot near the entrance to the creek known locally as Double Barrel because of its two entrances. In the background, the rooftops of elevated houses in Suwannee are visible. 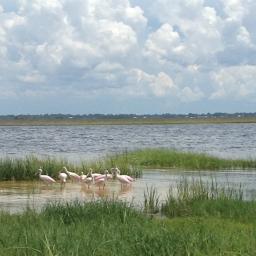 Roseate Spoonbill are resident year-round on the central and south coasts of Florida and can be seen in Cedar Key at certain times of year. However, they are rarely sighted around Suwannee.

Their candy-pink coloration and large spoon-shaped bills make them easily recognizable. They are usually seen feeding in shallow waters along creeks and in marshes, often with ibis and egrets nearby. Their pink coloration is due to a diet of crustaceans and other aquatic invertebrates which contain pigments called carotenoids. The Roseate Spoonbill is 1 of 6 species of spoonbills in the world and the only one found in the Americas.

Under the tournament rules, fish had to caught while leaving from Cedar Key, Suwannee or Horseshoe and weighed in within 24 hours at Gateway Marina in Suwannee. Contestants were only able to weigh in three fish during the entire tournament and all fish had to be caught using a hook and line.

Winners shared in the proceeds from the entry fee with 30% going to first place, 15% to second and 10% to third. The remainder of the money, approximately $1,100.00, went towards the efforts to dredge McGriff Channel, an ongoing project of the Suwannee River Chamber of Commerce.

"We were pleased with how the tournament went especially since this was our first," said Marina Manager, Dana Collins. "We are very grateful to all who participated and invite anglers to stop by the marina with any comments and suggestions for our next snapper tournament." 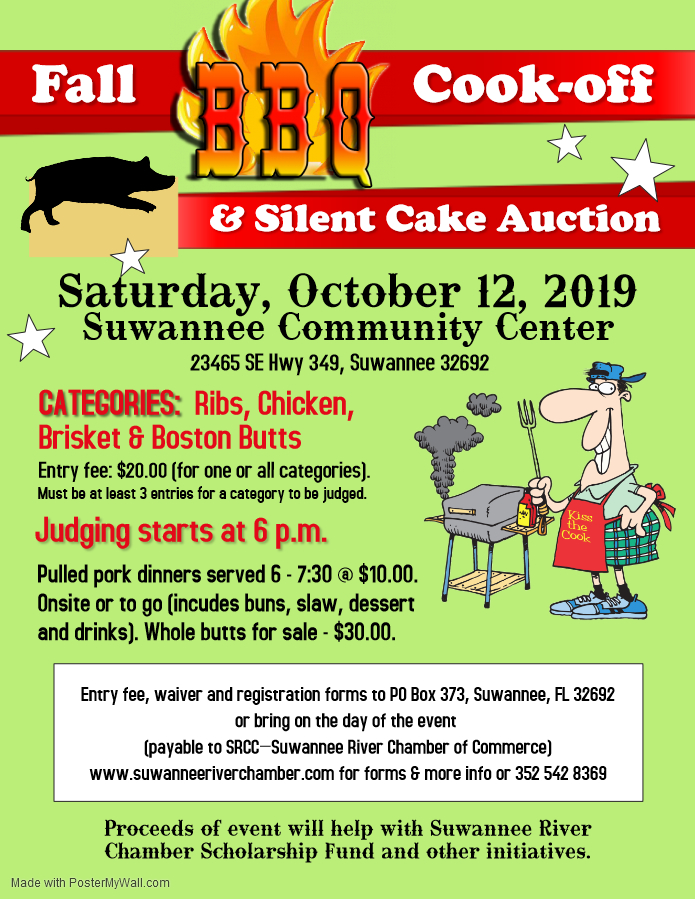 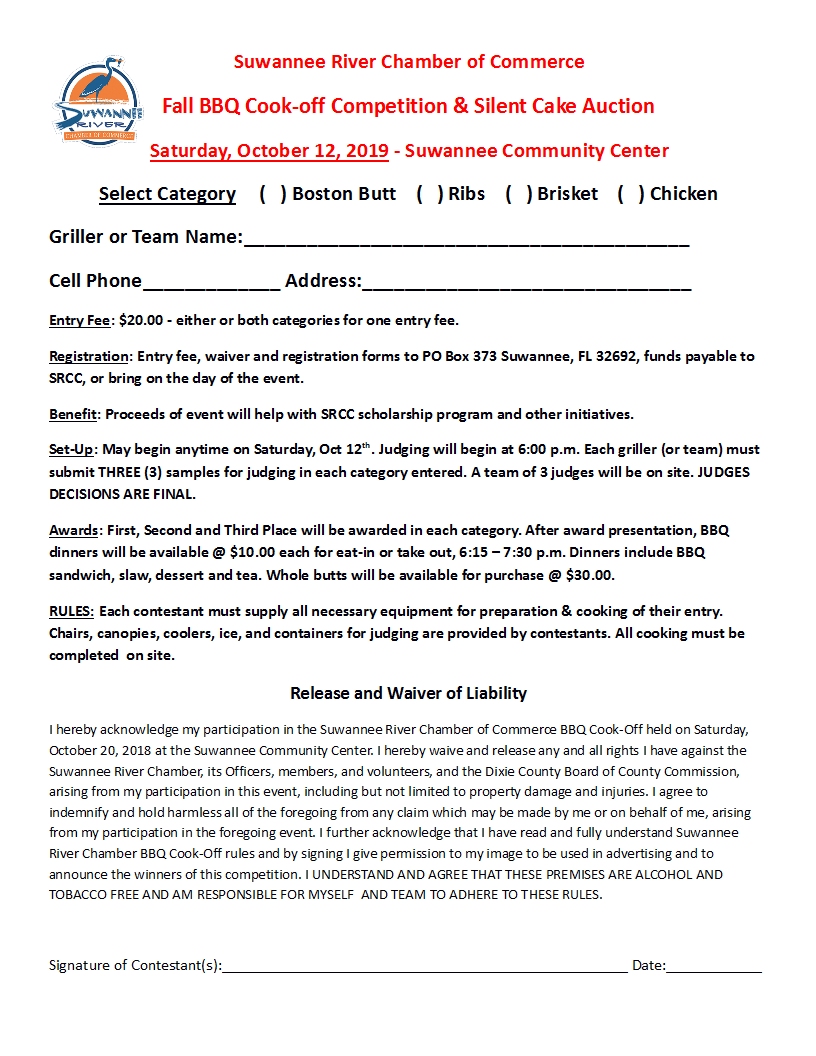