The Suwannee River Chamber of Commerce is working diligently to promote the much needed dredging of McGriff Channel. The Chamber is working with government representatives on the local, state, and federal level to push this project. We currently have a lobbyist working on our behalf with all the governmental agencies involved and we are seeing some progress.

There are two divisions in the tournament. One is the Lady’s Anglers division. Patterned after the previous two Lady Anglers tournament in Suwannee this division is solely for the ladies. Two or more ladies may fish and they may have a male captain if they wish – as with the previous tournaments he cannot fish.

The other division will the Open Division and anyone may fish this division. Ladies may choose to enter either division.

Prizes will be the same for both divisions and will be based upon 50 boats. Should we have less than 50 boats the Chamber reserves the right to reduce the amount of the prizes. Prizes for this tournament total $2,400 cash.

There will be a Captain’s Dinner and Calcutta on Friday night – May 19 – at Salt Creek’s Marker 29 on the deck. All teams will be auctioned off and 50% of the proceeds will be paid out on Saturday to the highest bidders based on biggest bag limits on the percent of those boats fishing inshore and offshore – in both divisions.

All fish weighed in must be legal. All anglers should be aware of size and possession limits. Any legal fish not on the prize list can be weighed as a trash fish. 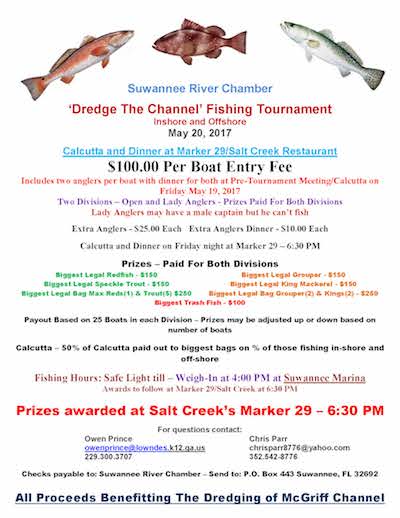 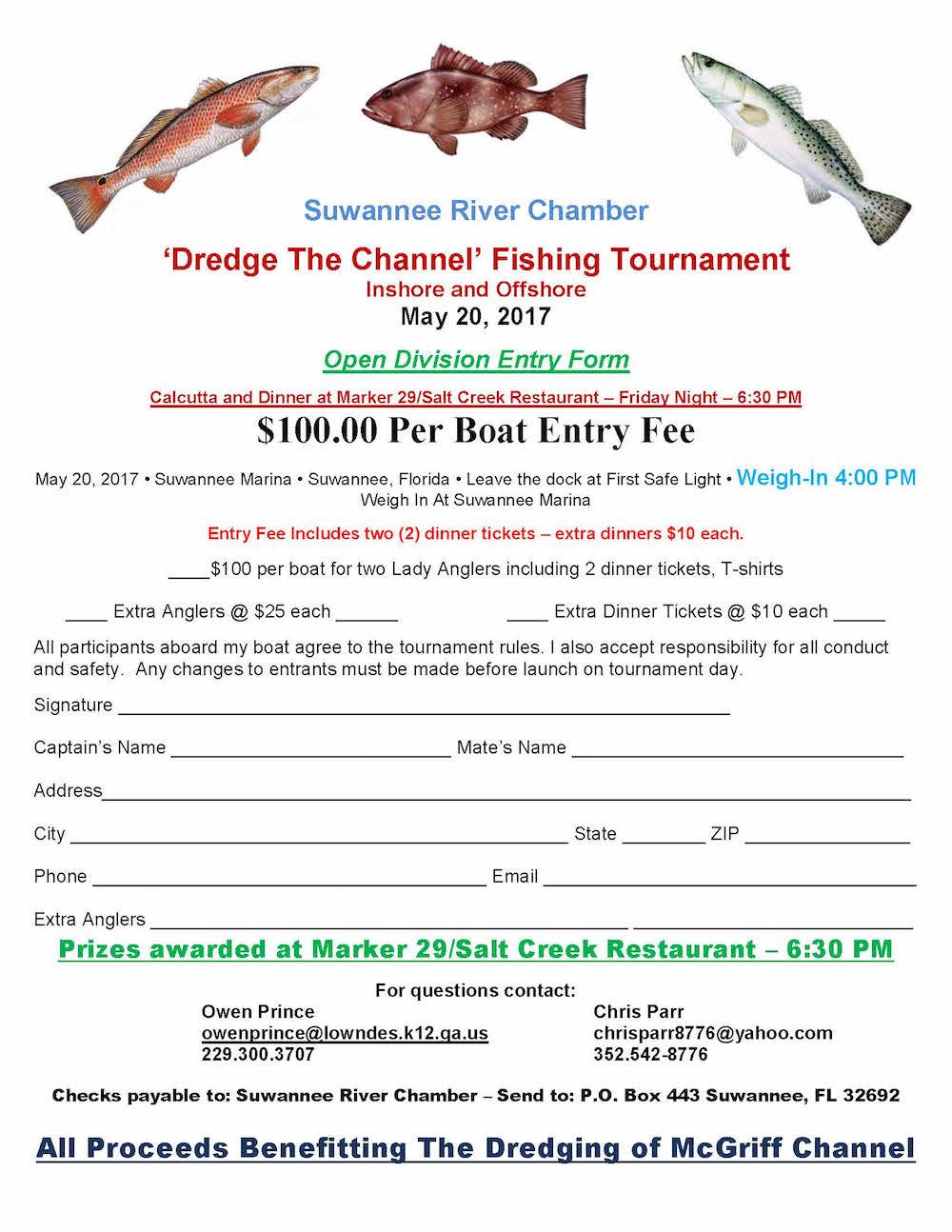 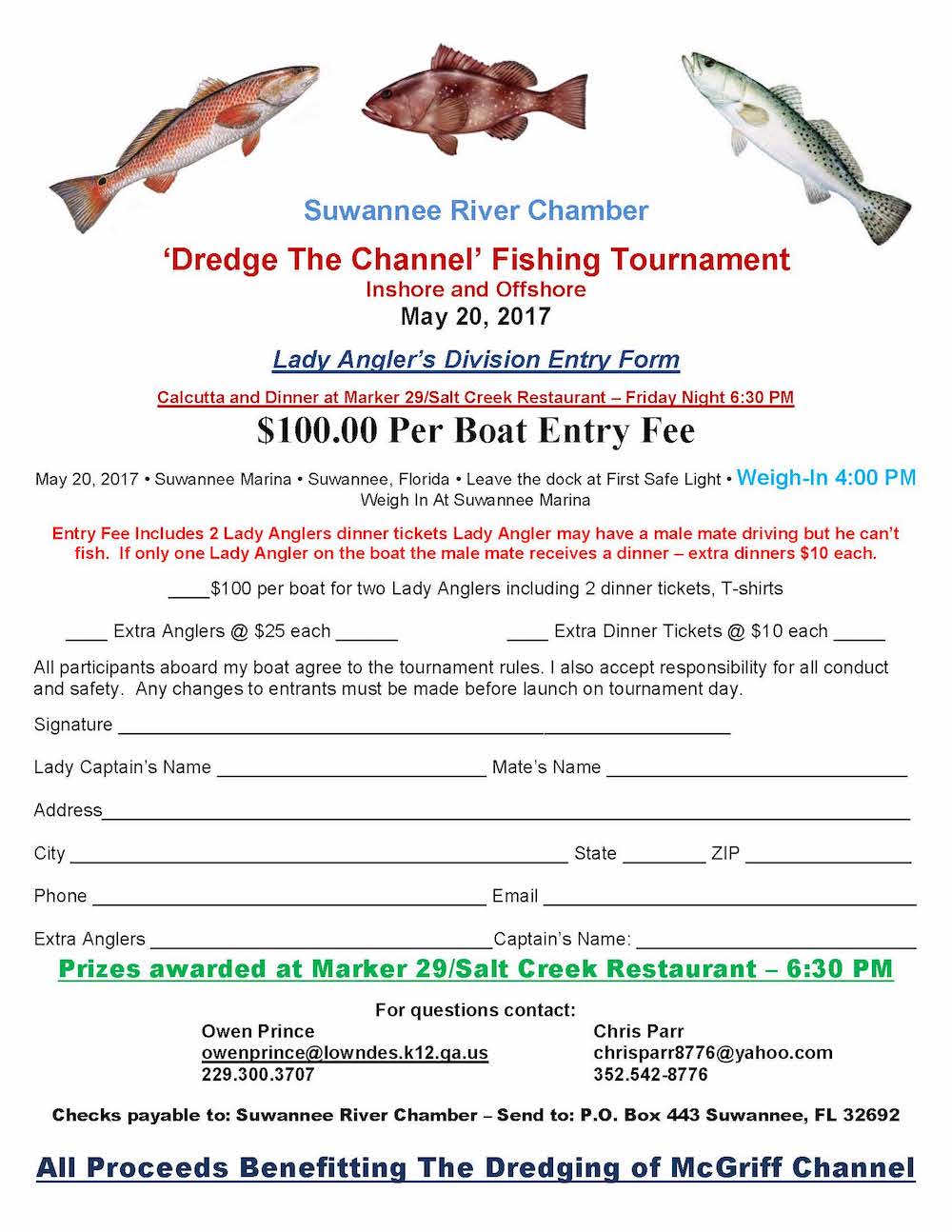